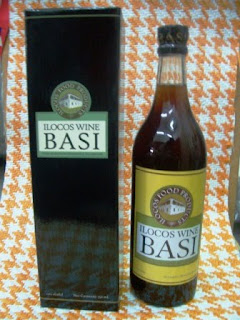 The ILOCOS WINE "Basi" Wine made from Fermented Sugarcane.

History revealed that long before the Spaniards came to the Philippines, Filipinos were already great imbibers of native brews, among them was basi. Considered as the 'King of Native Wines', this particular wine is the pride of Ilocanos of Northern Luzon.

Basi is made from sugarcane that crushed in wooden mills. The juiced is cooked in vats and stored in earthen jars. Once the boiled juice has cooled, a flavoring made of ground glutinous rice and duhat (java plum) bark is added. The jars are then sealed with banana leaves, stored underground or in a cool, dry place and allowed to ferment for one to three years. No artificial flavoring nor coloring is added.

The pale red brew is valued as a restorative; as reliever of tired bodies from the day's work, and as an enlivener of conversations. It is often compared to chartreuse, the fruit liqueur from france.
Posted by techfreak at 2:16 AM No comments: 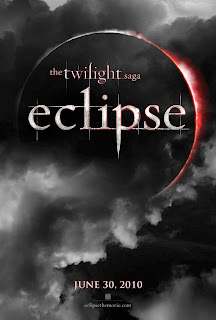 Latest photos of  “The Twilight Saga’s Eclipse” have been released by Summit Entertainment.
However, they do not feature any of the main characters.   The photos emphasize two major points in the film.  Edward proposing to Bella and the coming of new vampires.
The first picture, shows Edward offers Bella an engagement ring without capturing their faces. The other photo captures newborn vampires. Bella once again finds herself surrounded by danger in “Eclipse.”  as Seattle is destroyed by a string of mysterious killings she continues her quest for revenge. Then, she is forced to make a choice between Edward and Jacob, aware that her decision might affect the struggle between vampire and werewolf.
Most of the original cast will still be around, but Rachelle Lefevre who portrayed Victoria is now replaced by Bryce Dallas Howard.
The film  is slated to release on June 30 in the U.S.
Posted by techfreak at 8:22 PM No comments: 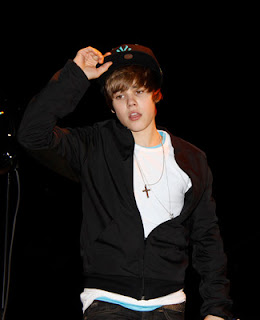 Canadian singer Justin Bieber was relieved when his favorite hat has been returned. When he arrived  at Auckland International Airport a fan stole it during mob scenes.
The “Baby” hitmaker was welcomed by hundreds of loyal fans at Auckland International Airport on Tuesday, April 27,  but shortly after chaos in Australia, it led to the cancellation of the star’s show in Sydney.
Despite the fact that the teen singer was surrounded by security guards at the terminal, they still failed to prevent one overeager fan ran off with Bieber’s cap.  It was also reported that the singer’s mum Pattie was shoved to the ground in the havoc.
He tweeted to air his grievances, saying to his followers: “The airport was crazy. Not happy that someone stole my hat and knocked down my mama.”
Because of the teen’s online rant, it  shamed the fan into returning the hat. Bieber was too happy to be reunited with it. In a post on the microblogging site on Wednesday, April 28, Bieber writes, “I got my hat back. No hugs. no thanks u’s (sic). Just glad they did the right thing. I don’t condone thievery!!”
Posted by techfreak at 8:13 PM No comments: 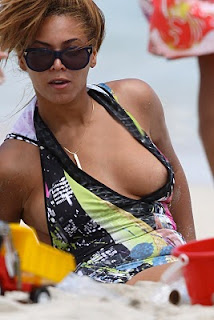 Pop star Beyonce Knowles is making a headline because of the nipple slip during a vacation with family in Hawaii.
The incident was caught by the Paparazzi lurking around the area.
The “Sasha Fiece” star seems to be enjoying an afternoon at the beach with her husband Jay-Z. She was unaware that her left halter neck strap fell slightly to the side revealing an almost bare boob.

Posted by techfreak at 8:07 PM No comments: 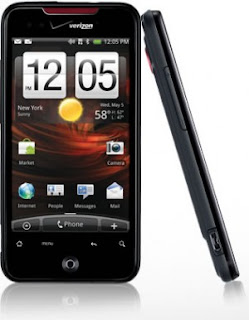 Microsoft has inked a patent agreement with phone maker HTC..while at the same time saying it thinks Android infringes on its patents.
Software giant Microsoft has announced it has entered into a patent agreement with Taiwanese phone maker HTC that will give broad access to Microsoft patents for phones it makes running Google’s Android platform. Although financial terms of the deal were not disclosed, Microsoft says it will be receiving royalties from HTC as part of the deal. The agreement makes HTC the only phone maker to date that has inked a patent agreement with Microsoft for Android devices—and that may just be a sign of things to come, as Microsoft is now publicly asserting it believes Android infringes on its patents.
The agreement between Microsoft and HTC would shield HTC’s Android phones from any potential patent infringement suits Microsoft were to bring against Android devices. HTC makes the Google Nexus One phone, as well as the new HTC Incredible debuting on Verizon Wireless.
Google’s open Android platform is based on Linux but incorporates a number of mobile technologies and interface conventions. Industry insiders believe that Microsoft’s patent concerns over Android are broad, ranging from the basic operating system through user interface elements.
Microsoft has a historic tendency to announce barely-existent products or assert patent liability against products and systems that compete with its own offerings, a strategy derogatorily called “FUD”—for Fear, Uncertainty, and Doubt. The strategy is designed to dissuade manufacturers, enterprises, and customers from adopting non-Microsoft technologies for fear of future litigation or competition from the software titan. For years, Microsoft has asserted that the Linux operating system violates numerous Microsoft technology patents, but to date has yet to cite a specific instance or bring any form of complaint or litigation.
Commenting on the HTC agreement, Microsoft corporate VP and deputy general counsel for IP and licensing said in a statement, “HTC and Microsoft have a long history of technical and commercial collaboration, and today’s agreement is an example of how industry leaders can reach commercial arrangements that address intellectual property.”
However, speaking with CNet, Gutierrez also asserted Android infringes on Microsoft intellectual property, although the company would prefer to resolve the issue through licensing agreements rather than litigation. Microsoft’s case is apparently good enough that it has been able to convince HTC to execute a license rather than fight Microsoft on the matter.
HTC is also being sued by Apple over patents related to the iPhone; HTC says it will “fully defend itself” from Apple’s lawsuit.
Posted by techfreak at 3:57 AM No comments:

Are the New i7 MacBooks Hot Enough to Boil Water? 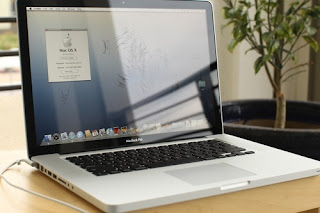 Apple's new MacBooks featuring the Intel i7 processor can reach a blistering temperature of 101° C in some instances.
Apple has a lust for packaging loads of electronics into tight metal enclosures. That desire has made it perhaps the hottest gadget-maker on the market, but it also has brought it perennial overheating issues. From overheating iPods and iPhones to the overheating iPad, heat issues have become an unpleasant fact of life for many Apple product owners.
Last week testing by PC Authority indicated that the new 17″ MacBook Pro with an Intel Core i7-620M processor is overheating so badly it could boil water. During testing, the site ran the benchmark Cinebench. In OS X the laptop hit a balmy 90° C (39.9° C is approximately 102° F, for the non-SI units inclined), while in Windows 7 (using Boot Camp) the temperature spiked to 101° C, according to the laptop’s temperature diode.
Such issues under Boot Camp are not particularly new. On the Apple support forums, one customer “ADKIM”, owner of a mid-2009 Penryn MacBook Pro writes, “I’ve had Windows 7 Home Premium installed for a little over two weeks now and the temparature (sic) gets so hot that my MBP will actually auto-shutdown.
It gets as high as 195F/90C!”
The latest MacBook Pro does appear to be hitting even greater highs heatwise, though, particularly in OS X.
Already users have begun to complain on Apple’s forums. Writes one user:

I was playing WoW in Windows 7 in boot camp and the laptop felt hot to the touch to the point that if i were to leave my finger there it would start to burn. The hottest part of the laptop was the top left corner. Thinking it was overheating, I downloaded a GPU & CPU monitoring program. The CPU and GPU were both sitting around 70 deg celcius (sic) and i could hear the fan blowing at max speed. Is this normal operation temps for the new model of macbook pros?
The system I am using is the 15-inch Macbook Pro, the model that just came out. Thanks for the help!
It’s unclear what the source of the Apple MBP’s heat woes might be. The good news for MacBook Pro owners is that the Intel Core i7 can operate up to 105° C, as can most of the other hardware onboard, apparently.
As one commenter “eww” remarks in an Apple forum post, “100°C at the processor core is not overheating. It is within the safe operating temperature range for all current MBPs.”
Technically, he’s right about it being within the operating temperature. But the bad news for MacBook Pro buyers is that even if the case doesn’t get quite that hot, it may be hot enough to cause discomfort and even possibly injury (burns or blistering) to the user, if their skin comes in contact with the fully heated case. Also, such a high heat load raises the risk of hardware failure over the life of the device.
Apple has not yet commented officially on these developments.
Posted by techfreak at 3:52 AM No comments:

Most of the business process outsourcing (BPO) companies in the country plan to increase their workforce, but the lack of qualified workers worries them.
The results of an online poll conducted by TeamAsia for the Business Processing Association of the Philippines (BPAP) and Outsource2Philippines (O2P) show that majority of the BPO firms surveyed would likely expand the number of their workers by up to 50 percent this year.
However, 34 percent of the respondents said the tight labor market here is their primary concern, up from 23 percent of respondents in a survey done in October last year.

About a third of respondents said they would only hire skilled workers, as they noted that the lack of skilled professionals could hamper expansion plans.

Almost half of the respondents said the tight labor market could be dealt with through education and training.

A total of 160 industry executives responded to the survey, which was conducted between February 2 and March 1.
Posted by techfreak at 3:45 AM No comments: